A History Of Wawona...

Stagecoach Stop On The Old Road To Yosemite 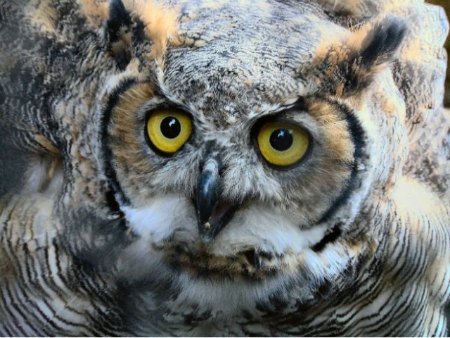 A history of Wawona must include theories regarding the origin of the name. Indian belief was that "Wah-who-nau" is the sound of the great horned owl who guards the sacred Big Trees.

The Origin Of The Name


In 1877, this name was thought by Stephen Powers to have originated this way:

“The California big tree is sacred to the Western Mono people, and they call it Wah Who Nau, a word formed in imitation of the hoot of the great horned owl, which is the guardian spirit and diety of the great monarch of the forest. It is productive of bad luck to fell this tree, or to mock or shoot the owl, or even to shoot in his presence. And when a teamster with a wagon-load of lumber made from these trees drives by they will cry out after him with evil luck.”


The Arrival Of The Washburn Brothers


In 1876 the Washburn brothers moved west to the mountains of California from their home in Vermont and built a 140- by 32-foot hotel building that they referred to as the “Long White”. This was the first of the buildings to be built in what we now know as the Wawona Hotel complex. 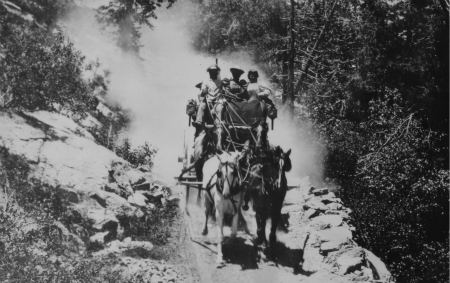 The Washburn's new hotel met with such success that they decided to expand upon its operation by building a toll road, (the Wawona Road), to Yosemite Valley. Their formation of the Yosemite Stage and Turnpike Company was made official in 1882.

In his 1886 book, “In the Heart of Sierras”, famous Yosemite writer and entrepreneur James Hutchings described the flurry of activity that was Wawona in the late 19th century…

“The very instant the bridge is crossed on the way to the hotel, the whole place seems bristling with business, and business energy. Conveyances of all kinds, from a sulky to whole rows of passenger coaches capable of carrying from one to eighteen or twenty persons each at a load, come into sight.

From some the horses are just being taken out, while others are being hitched up. Hay and grain wagons… freight wagons coming and going…horses with or without harness…stables for a hundred animals. Blacksmiths’ shops, carriage and paint shops, laundries and other buildings, look at us from as many different stand-points.” 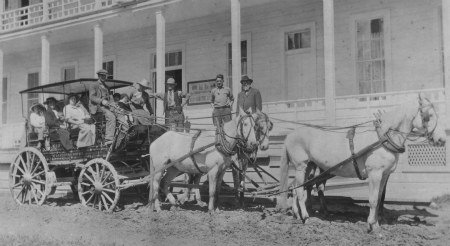 “The Washburn brothers superintended all of this together, but each had a few specific jobs. Henry ran the stage lines and was the contact man, making frequent business trips and arranging publicity. Edward, the bachelor brother, kept the books and superintended the help, meals and rooms in such a way as to make guests happy, comfortable and eager to come back another time. John S., who greatly resembled General Grant, did the bookings and ran the outside—gardens, ice, water and firewood… they owned the Wawona stage road which was a toll road. By their energy and vision, they helped put Wawona, as well as Yosemite, on the map and in people’s hearts and minds.”

Listen To The Wind

One satisfied visitor wrote of the Washburn’s hotel, “Wawona Hotel is pleasantly located. It is an ideal place to rest in. There, inertia creeps into your system. You avoid all unnecessary exercise. You are ever ready to drop into a chair and listen to the wind sighing through the trees and the river singing its’ never ending song . . .”

Over the years, the Washburn’s hotel complex grew from one building to seven, and from holdings of 160 acres to more than 4,000. Visitor arrivals ranged from a few horse-drawn stages a day in the beginning, to many every day, requiring the use of over 700 horses… and then in 1916, the motor stages began to replace the horsedrawn ones.

Arrival Of The Automobile

In the first years of auto travel, private cars traveling on the stage route took a terrible beating. Huffman’s Garage in Wawona and Miami Lodge were kept busy. They would often have to repair cars arriving there from Fresno so they could chug on into Yosemite Valley…if they made it back out again, the mechanics often would need to fix them again for the trip back home.

In 1932, Clarence Washburn sold the family holdings to the National Park Service, and an era ended. Tennis courts replaced the garage and other updates were made, but the original “old time” atmosphere is still there today…

The charm of the old buildings, the surrounding sunny meadows and deep forests harken back to the earlier times. 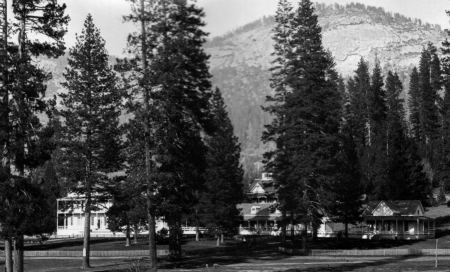 Built in 1876, the Wawona Hotel continues today as one of the oldest mountain resort hotels in California. Through the years the hotel has served tourists as a stage stop on the way to Yosemite Valley. The Hotel has also provided a convenient place from which to visit the Mariposa Grove of Big Trees.

The old Hotel is one of only a few hotels within the boundaries of Yosemite National Park, and its’ peaceful surroundings make it the perfect destination for those seeking a quieter, more subdued atmosphere than in Yosemite Valley. The hotel is about four miles from Yosemite’s south entrance and is situated conveniently between the Mariposa Grove of Big Trees and the valley itself.

The various stages of the construction of what is now the hotel's seven building complex took place between the years of 1876 and 1918, beginning with the first building known at the time as “Long White”. The original building site was selected by Galen Clark at the edge of what is certainly one of the largest meadows in the area.

Besides the main hotel building itself, the most famous of the seven structures is known as the Pavilion, and served as the studio for famous Yosemite landscape painter Thomas Hill in the summer seasons between 1886 and his death in 1908.

The Hotel "Makes" The National Register 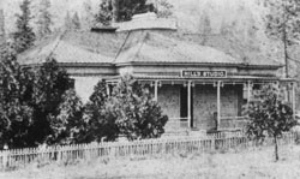 The Hill Studio is a one-story building located to the northwest of the main hotel building. It is because of this building, that the Hotel site is listed in the National Register for its national significance in the area of art.

The hotel also served as an important stage station with its location adjacent to the important river crossing on the south fork of the Merced River, making it of special regional historical significance in the National Register in the areas of commerce, exploration, settlement and transportation.

And the hotel is of local significance because it was constructed on the homestead of Galen Clark, one of Yosemite's earliest settlers... Clark would later be appointed the first official protector of Yosemite.


To return to the Homepage from A History Of Wawona click here. 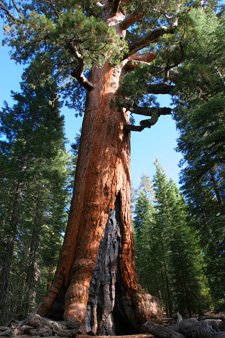 Be Sure To Visit The Mariposa Grove Of Giant Sequoias


Yosemite Camping  And Hiking In  Wawona 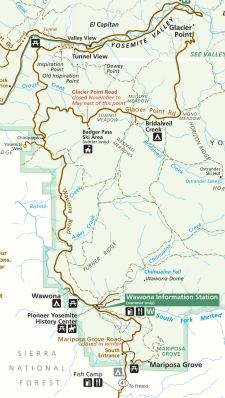 Yosemite Camping And Hiking In Wawona


Yosemite Stagecoach Stories In Print And For The Kindle eBook 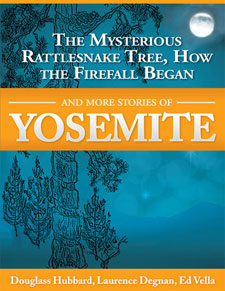 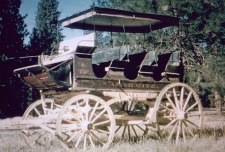 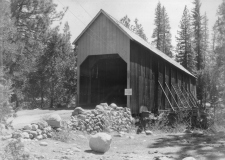